BTPD: Man allegedly held girlfriend against her will and smothered her with pillow 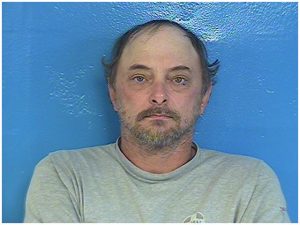 A Bristol, Tennessee man is jailed after police say he held his girlfriend against her will and repeatedly smothered her with a pillow until she became unconscious.

According to a police report from the Bristol, Tennessee Police Department, they were called to a home Thursday afternoon on 5th Street, where a victim told officers she and her boyfriend, Martin Williams, 39, had gotten into an argument, which escalated into him preventing her from leaving the home for several hours. The victim said she was beaten, smothered with a pillow until she fell unconscious, and was threatened to be killed by Williams several times with a knife. She was able to escape a short time later and call 911.

Police later found Williams and arrested him. He was charged with attempted second degree murder, two counts of aggravated assault, aggravated kidnapping, and domestic assault. Williams is currently being held on a $100,000 bond in the Sullivan County jail.