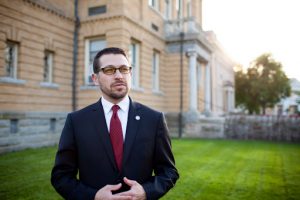 State lawmakers in Richmond are reportedly close to naming new judges for the 30th Judicial District that serves Lee, Scott, and Wise counties.

According to documents from the House and Senate Judiciary panels, current Wise County Commonwealth’s Attorney Chuck Slemp was scheduled to interview for the position of General District Court Judge while Ron Elkins, who currently holds that judgeship, was slated to go before the committee to interview for a Circuit Court position.

The openings are the result of current Circuit Court Judge Chad Dotson announcing his resignation from the bench effective August 2.