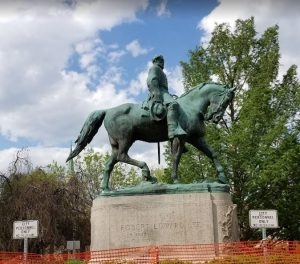 Virginia localities are set to receive the authority to remove Confederate monuments from public spaces.

State lawmakers approved a bill that lets local government take a series of steps in choosing what to do with the monuments. Under the new law, a public hearing must be held before altering or removing the monument, and if a removal process is approved, it must be offered to things like a museum or historical society, but the locality gets to make the final decision on what happens to the monument.

The bill’s passage comes amid a protest turned violent in Charlottesville in 2017 over calls to remove Confederate General Robert E Lee’s statue in addition to Democrats taking control of the House and Senate.

The bill now goes to Governor Ralph Northam’s desk, who is expected to sign it into law.