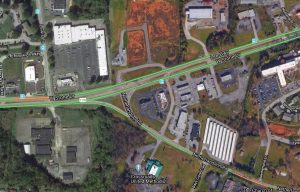 Officers say the accident happened around 9:00 p.m near the intersection of West Stone Drive at Netherland Inn Road. Because of the seriousness of the accident, officials say all eastbound lanes on Stone Drive were closed while the crash was being cleaned up.

The investigation is ongoing and no further information was released.