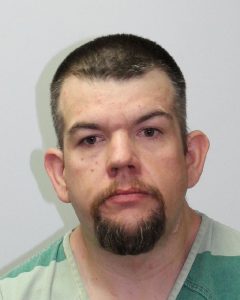 An Elizabethton man is jailed after allegedly breaking into a home and stabbing a woman over the weekend in Carter County.

According to a report from the Carter County Sheriff’s Office, John Stout, 40, is accused of breaking into a home on Dennis Cove Road, where police say he stabbed a female victim in the abdomen, and threatened to burn everyone inside the home alive, before one of the residents picked up a baseball bat and hit Stout in the head.

Deputies say he fled the scene, but located him an hour later and placed him under arrest following a brief struggle. He faces the following charges including aggravated assault, arson, especially aggravated burglary, and resisting arrest. The latest information says the stabbing victim is in stable condition.