THP: Knoxville man arrested after being clocked going 124 in a 70 on I-81 while allegedly under the influence 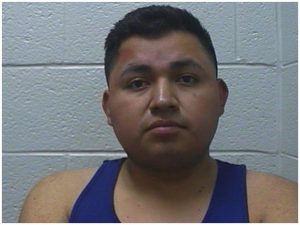 A Knoxville, TN is facing charges after being clocked going 124 mph in a 70 mph zone while allegedly under the influence Thursday evening on I-81 in Washington County.

Tennessee Highway Patrol issued a BOLO for a 2017 Silver Honda Accord, and after pulling over suspect Efren Sanchez, 30, troopers say they observed several empty alcohol containers in the vehicle. Sanchez stated he had only consumed two beers and also said he did not have a driver’s license.

He was arrested on charges including reckless driving, speeding, driving under the influence, open container, and no drivers license.

Sanchez was transported to the Washington County Detention Center.