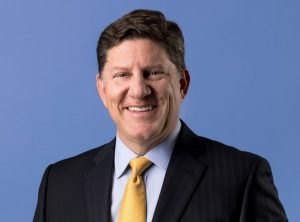 CHATTANOOGA, Tenn. (AP) — The board of a federal utility is criticizing “ill-informed opinions” about how much their organization’s top executive gets paid after President Donald Trump blasted the pay scale as “ridiculous.”

According to the Chattanooga Times Free Press, Tennessee Valley Authority board chairman Skip Thompson sent a memo to the utility’s more than 10,000 employees and contractors Thursday defending the board’s decision to pay CEO Jeff Lyash an $8.1 million compensation package.

In response to a reporter’s question Wednesday about the executive’s pay, Trump said it is “ridiculous, I agree. It’s ridiculous.”

Trump, who as president appoints the TVA board, suggested he could reduce the TVA CEO’s salary as part of a coronavirus-related infrastructure bill being considered by Congress. TVA is the nation’s largest public utility, serving 10 million ratepayers in seven southeastern states.

Lyash was hired as president and CEO in November. He has the highest compensation package of any federal employee. However, supporters of TVA have pointed out that the utility doesn’t receive taxpayer funding, and draws most of its revenues from selling electricity.

“We are fully supportive of Jeff and of the entire TVA team,” Thompson wrote in the memo. “It’s unfortunate that ill-informed opinions are now distracting us from our focus on providing reliable power and other vital services during this challenging time.”

The TVA Act calls for a compensation plan “based on an annual survey of the prevailing compensation for similar positions in private industry, including engineering and electric utility companies, publicly owned electric utilities, and Federal, State, and local governments.”

Thompson wrote that Lyash’s pay “ranks in the lower 25 percent of utility peers.”

The utility also has its critics outside the White House.

Former TVA Chairman S. David Freeman, appointed by President Jimmy Carter in 1977, criticized the current corporate-style board and CEO structure of the utility. He said TVA used to attract top talent without current levels of compensation for TVA’s top officers because workers wanted to be a part of TVA’s national mission.

“TVA is not the agency that Franklin Roosevelt founded (in 1933) and today I think TVA is just another utility,” Freeman said. “Unfortunately, TVA is no longer the New Deal, people-oriented yardstick example by which to judge a private company. It’s the equivalent now of a private company without any regulation.”