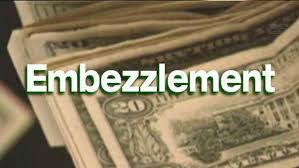 An embezzlement investigation by authorities has resulted in the arrest of a Johnson City man. Police arrested 39 year old Jerry Weems of Cherokee Ridge Ct and charged him with theft of property over ten thousand dollars. The arrest comes as a result of an embezzlement probe by Johnson City Police at 655 Woodlyn Rd. in Johnson City, where Weems was a former employee. Weems was taken into custody and transported to the Washington County Tennessee Detention Center and is schedule for an arraignment on Tuesday in Washington County General Sessions Court.