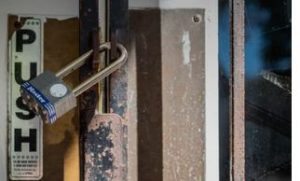 Data released Friday by the US Bureau of Labor Statistics shows the rate in the Commonwealth jumped from 3.3 percent in March to 10.6 percent last month.

The number gives a true impact on the Virginia workforce following the pandemic-related closure of retail and other non-essential businesses. It shows more than 450,000 state residents were out of a job in April—triple the amount from just a year ago.

Tennessee’s rate for April was much higher at 14.7 percent, joining 43 states that set records for jobless rates that have only reached double-digits two other times in US history including the Great Depression.