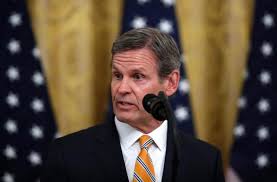 Tennessee Governor Bill Lee is proposing another round of huge budget cuts for next year due to the Coronavirus pandemic’s effect on the state’s spending document. Lee’s Administration is looking to cut another 284 million dollars in addition to 397 million in recurring costs removed from the budget in March when the crisis was in its initial stages. Budget officials say they are making adjustments based on revenue shortfalls of up to one and a half billion dollars through the next budget year.