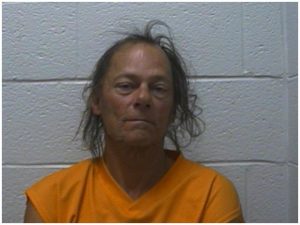 A man in Johnson City is facing aggravated assault charges after officers say he tried to hit a hospital security officer with a cane over COVID-19 visitation restrictions.

Johnson City Police were called to the Johnson City Medical Center Sunday afternoon just before 3:30 p.m, and met with a security officer on the sidewalk. An investigation found the officer had told suspect David Swan, 63, to leave the property because of current visitation restrictions in place due to the COVID-19 pandemic. A report says Swan became agitated with the officer while speaking with 911, and allegedly tried to strike the officer with his cane.

Officers arrested Swan and he was taken to the Washington County Detention Center where he was being held on a $10,000 bond. He is due in court today at 1:30 p.m.