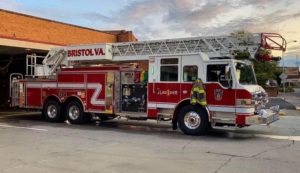 Bristol Virginia firefighters were able to rescue a victim trapped in a smoke-filled basement Tuesday night following a fire at a home in the 1400 block of Norway Street.

An agency report said the house fire was reported just after 10 p.m. and crew members were informed one person had made their way out but another resident was still inside with the basement spotted as the source of the blaze.

The report said firefighters had to crawl on their hands and knees to extinguish the fire and locate the victim who had collapsed near a garage entrance. Both occupants of the house were taken to a local hospital for smoke inhalation.