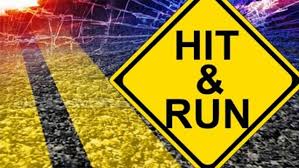 A Hawkins County man accused of fleeing the scene after running over a light pole is now facing multiple charges and potential fines. 38-year-old Travis Lee Brooks told Rogersville police he fell asleep while driving on the town’s main street. Officials say Brooks veered off the left side of the roadway, striking a park bench, metal trash can, and small tree along with taking down a light pole. He’s now being held in the Hawkins County Jail pending his arraignment.