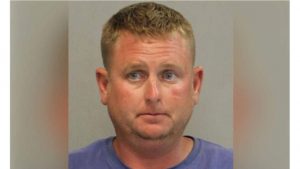 New details are emerging from Tuesday night’s officer involved shooting in Washington County Virginia that left a southwest Virginia man dead. 37 year old Phillip Cameron Gibson, II of Castlewood was initially thought to have pointed a .357 magnum handgun at officers when he was shot and killed by deputies in Glade Spring. Now, Virginia State Police say Gibson in fact pointed a BB gun at the officers before he was shot. Police did locate a stolen .357 magnum handgun on Gibson’s body. Gibson, was a suspect in a home break in that occurred Monday night and refused to stop for authorities when he was recognized. Gibson had a lengthy criminal record as well.