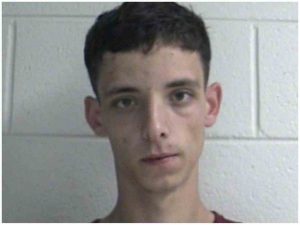 In Johnson City, a teenager has been cleared of first degree murder charges.

According to prosecutors, 19-year old Matthew Dye was justified in killing his mother’s boyfriend. Prosecutors say Dye stabbed 41-year old Gary Taylor in the back last September after Taylor became violent against the mother during a confrontation.

Evidence showed Taylor having a history of violence and the murder charge was dismissed.