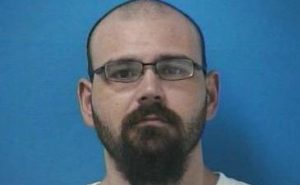 A man wanted for the shooting death of a Dickson County Sheriff’s has been added to the Tennessee Bureau of Investigation’s “Most Wanted List.” A Blue Alert has been issued which is occurs when an officer is killed or serioously injured in the line of duty.

Steven Wiggins allegedly shot the deputy after police responded to a call of suspicious vehicle on Sam Vineyard Road. The officer was found dead inside his patrol car a few miles away.

Wiggins has a lengthy, violent criminal history spanning over the course of more than a decade. He stands approxiamtely 6′ 1” tall and weighs around 220 pounds with brown hair and eyes. Multiple agencies are assisting in the manhunt and anyone with information on his whereabouts is asked to call 1-800-TBI-FIND.

A police source says the deputy was attempting to stop a driver with an expired tag around 7am. A short chase occurred. Shots were exhanged and the deputy was killed.