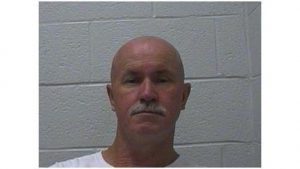 A man is facing some serious charges after attempting to smuggle in contraband at the Washington County Tennessee Detention Center. Randy Burke, a detention officer, admitted to the act while under investigation.

The package was seized and found to contain Suboxone, Methamphetamine and subutec.

Burke a member with the department since 2015 has no prior incidents. He has been arraigned and is next scheduled to appear in court on July 10th.