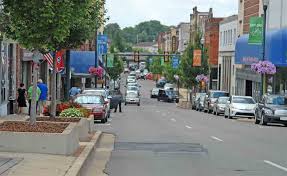 Some Johnson City residents are voicing their concerns over several key issues affecting the downtown district. In a recent meeting city leaders heard from citizens concerning vandalism, drugs, thefts and homlessness in the downtown area. Several business owners are also complaining about individuals sleeping in front of their stores. That issue should be addressed soon as a new camping ordinance goes into effect next week. City officials hope to have another meeting in July to continue those discussions and concerns.