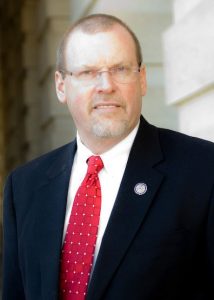 Morgan Griffith’s congressional campaign has declined an invitation to participate in a public forum hosted by the League of Women Voter’s in Washington County, Virginia.

Griffith’s democratic opposition in the campaign, Anthony Flaccavento has already agreed to participate. The event is scheduled. October 18 at the Higher Education Center.

We’ve reached out several times to Griffith’s campaign with no response.