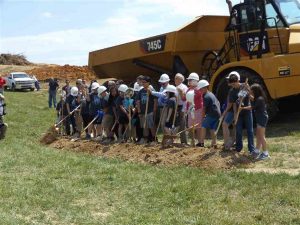 A 54 million dollar bid is awarded to a local contractor for construction on a new Sullivan County consolidated high school. School board members voted five to two in favor of signing the contract with J.A. Street and Associates. The new 54 million dollar school which will house Sullivan North, South, and Central is being built on Lynn Road near the Tri Cities Airport. The board also agreed to use four point eight million dollars from reserve funds to build a football stadium and baseball field at the new West Ridge High School that’s scheduled for a 2020 opening.