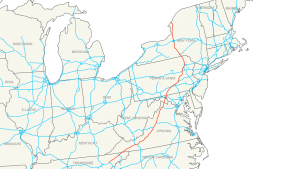 A new poll shows that over half of residents of the I-81 corridor grade the interstate a D or an F.

Nearly nine in 10 voters support a $2 billion investment in the highway for needed improvements. A majority of respondents also indicated they’d support said improvements even if they had to pay higher taxes.

The study also indicated that 75 percent of voters interviewed say they would be more likely to back a state legislator who supports a funding solution.

The Virginia Transportation Construction Alliance alongside the American Road and Transportation Association released a report showing how a $2 billion investment in transportation improvements for I-81 would stimulate $4.3 billion in business activity in the cities, counties and rural areas immediately surrounding the interstate corridor.