JCPD: Man Allegedly Chokes Woman Out and Holds Her at Gunpoint in Separate Incidents 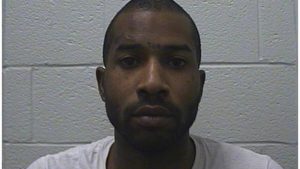 A string of domestic incidents leads to the arrest of a Johnson City man.

According to the Johnson City Police Department, suspect 30 year old Darrin Warren pointed a gun at a victim in two incidents. He also choked the woman out until she lost consciousness and assaulted her in a separate domestic disturbance.

Officers arrested Warren and charged him with three counts of Aggravated Assault, Criminal Trespassing, and Stalking.

Warren is being held on a $55,000 bond and appears in Washington County General Sessions Court Wednesday.