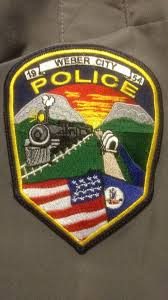 The Klu Klux Klan is reportedly trying to recruit in Southwest Virginia.

The Weber City Police Department released a statement on their Facebook page that says they’ve received many reports from residents finding zip lock bags containing bird seed and a paper at the end of their driveway.

The bird seed is put in the bag to prevent it from being blown away. Police say the paper in the bag is from the group and is a recruitment technique, but are telling residents not to be concerned at this time.