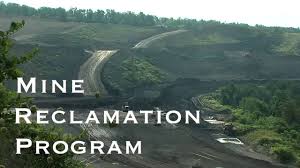 Seven southwest Virginia governments have passed resolutions calling on the state’s congressional delegation to support federal legislation reauthorizing funding programs to reclaim abandoned coal mines. The town of Pound, in Wise County is the latest to do so. The proposed bill would extend by 15 years the Abandoned Mine Lands Fund, which is set to expire in September of 2021. The fund provides money to localities to reclaim coal mines that were abandoned prior to 1977. The money is funded by a fee paid by coal companies per ton of coal mined. Virginia has more than 400 million dollars in Abandoned Mine Lands cleanup work remaining.