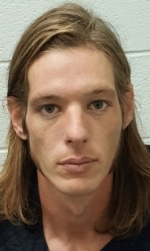 A Fall Branch man, convicted of killing a man and woman and their unborn child in 2017 will have to serve 51 years at minimum before applying for parole after being sentenced to life in prison. 35 year old Derrick Benjamin Sells entered a guilty plea on charges he shot and killed Robert Aaron Vaughn, Kyanna Howes Vaughn and their unborn child. Their bodies were discovered by a family friend. The couple’s two minor children were also found inside the home unharmed.