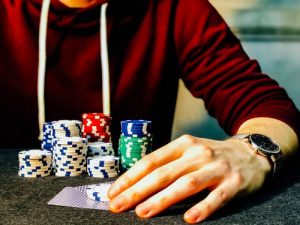 The bill to bring casino gambling to Virginia and more specifically Bristol has sat on Governor Ralph Northam’s desk for nearly three weeks with an action deadline creeping closer.

Northam has until midnight on April 11 to put his stamp on House Bill 4—the legislation that allows five localities to work with investors and developers for gaming resorts pending a referendum vote.

That includes the proposed Hard Rock International project with Bristol developers Jim McGlothlin and Clyde Stacy that promises 2,000 jobs and millions in tax revenue that would be distributed among Southwest Virginia counties and cities.

Analysts say a veto from Northam that could open a door for another proposed casino developed by the Eastern Band of Cherokee Indians and Pinnacle retail owner Steve Johnson is not likely.