VSP: One person in custody following Tuesday night pursuit on I-81 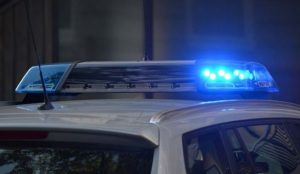 One person is charged and a search is underway for a second suspect following a Tuesday night pursuit on Interstate 81 in Washington County, VA.

According to Virginia State Police, a trooper attempted to stop a chevy truck for speeding around exit 19 on Interstate 81 around 9:00 p.m. VSP says the truck did not stop, and the truck then took exit 17, continuing before crashing near the exit 10 and I-81 interchange. A male driver and passenger fled the scene on foot. The male driver was later apprehended without incident with assistance from the Washington County, VA Sheriff’s Office.

Charges are pending against the driver and no other information has been made available.