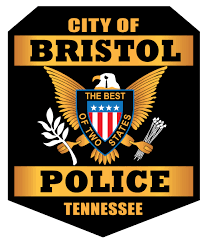 Bristol, TN Police are investigating after receiving calls of a man firing several shots while walking in a parking lot Wednesday evening.

Officers say they were called to the intersection of Cypress Street and Kentucky Avenue just before 9:00 p.m, and learned from witnesses in a nearby apartment complex that a man was reportedly firing a shotgun angled up into the air while through a parking lot.

Police searched the area but were unable to find the subject. The man was described to be around 6″ tall, hispanic or black with a lighter complexion, and dressed in black clothing and a hat. The report says after firing the shotgun, the man left the area in a dark colored sedan.

No injuries were reported and there was no damage to any of the nearby houses, apartments, or vehicles, however, officers did find several shotgun hulls laying in the apartment complex’s parking lot.

Police are actively investigating and anyone with information on the incident is asked to contact contact Inv. Jimmy Dillard at 423-968-1426, or send an email to jdillard@bristoltn.org, or tips@bristoltn.org.

Further information will be released as it becomes available.