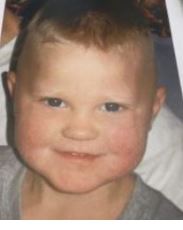 The Giles County Sheriff’s Office has announced Noah Trout has been recovered and found safe.

The report that was issued just before 2 pm said Noah was now in the custody of FBI agents and Virginia State Police Tactical Team members.

The 2-year-old toddler was kidnapped Sunday afternoon from a Giles County church by a female suspect. The agencies have scheduled a 4:30 news conference to release more details.

Noah Trout has been found safe. He is now in the hands of FBI Agents and VSP Tactical Team members. We will release…

Posted by Giles County Sheriff's Office on Monday, May 3, 2021