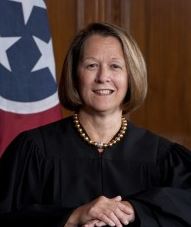 The Tennessee Supreme Court has announced the death of Justice Connie Clark from cancer at the age of 71.

A career lawyer from Middle Tennessee, Clark was appointed to the high court by Governor Phil Bredesen in 2005. She was also retained as a justice following a 2014 election effort to rid the court of three Democratic justices led by Lt. Gov. Ron Ramsey.

Clark vowed to complete her term which was set to expire in 2022 following her cancer diagnosis earlier this summer.