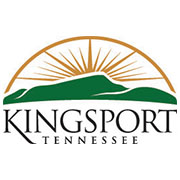 The City of Kingsport says it will begin the annual bulk leaf collection on Monday, October 11th. City officials say Kingsport City residents can help this process by placing their leaves within 8 feet of the edge of the street, but not in the street—and by not including debris such as sticks and rocks which can damage collection vacuums. There are no set days and times for leaf collection. This service will run for Kingsport City residents at least nine times throughout the season, ending on January 14, 2022. City officials say the time frame for each free service can run as short as a week to three weeks in peak season.