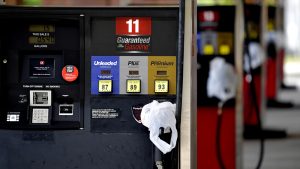 It’s on the move again. After holding steady for several weeks Virginia gas prices have jumped almost seven cents in the past week. The average price for a gallon of gas now stands at three dollars and 12 cents per gallon. That’s 12 cents higher than this time a month ago and is one penny shy of being a dollar more than you were paying last year at this same time. Virginia motorists saw oil prices jump to the critical 80 dollars a barrel level last week. The cheapest price for a gallon of petrol is two dollars and 85 cents per gallon in Richmond.