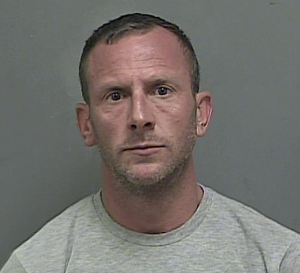 Kingsport Police tell us this afternoon investigators are searching for an armed and dangerous male suspect who robbed a Kingsport gas station early Thursday morning. Police are searching for Daniel J. Rhoton who, According to Kingsport Police, entered the Shell Gas Station on West Stone Drive early Thursday morning and intimidated the clerk with threats of a gun and then made off with merchandise and an undisclosed amount of cash. Rhoton is believed to be traveling in a 1996 maroon Honda Accord. Due to threats of having a gun, Rhoton should be considered armed and dangerous.