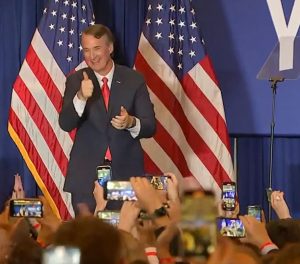 The win is sure to alarm national Democrats already nervous about holding their party’s narrow control of Congress in next year’s midterm elections.

The 54-year-old Youngkin is a political newcomer and was a virtual unknown at the start of the race. He beat Democrat Terry McAuliffe, who served as governor from 2014 to 2018.

President Joe Biden won Virginia by a comfortable 10 percentage points last year, but that disappeared as Youngkin beat back the Democrats’ efforts to portray him as a clone of former President Donald Trump.