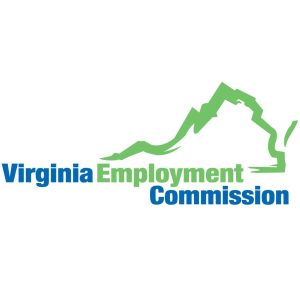 The report outlined how problems with staffing, technology and improper payments have persisted long after a surge in applications during the coronavirus pandemic initially laid bare the struggles at the Virginia Employment Commission.

Axselle also said “different executive decisions” from Gov. Ralph Northam’s administration would have improved the administration of benefits during the pandemic.

The review commission had previously presented grim interim findings, warning in September that employment commission call centers lawmakers weren’t performing well despite an infusion of millions of dollars from lawmakers. Axselle said Monday that things have improved somewhat since her previous presentation, but still only 12% of calls are being answered, according to the latest available data.

Axselle said the number of incorrect payments — which can result from fraud or mistakes and are almost always overpayments — has increased to more than $1 billion. JLARC’s report recommended that the agency resume efforts to collect those overpayments, something that was put on hold as staffers tried to work through a backlog of applications for benefits that needed adjudication.

The report also found that the commission, or VEC, was less efficient than most other states’ agencies in most functions the federal government measures.

Because the agency is almost entirely funded with federal money distributed under a complicated formula that takes efficiency into account, those rankings have put it at a financial disadvantage, she said.

The report suggested hiring a national firm to conduct an efficiency review.

The agency also has a long-running problem with short staffing, including too few supervisors, that contributed to its poor pandemic response, the report found.

VEC’s vacancy rate ranged from 13 to 25 percent of full-time staff positions between 2015 to 2019 and increased to a high of 46 percent last September.

No one from the VEC or administration provided a response during Monday’s meeting.

Hal Greer, director of the JLARC staff, said the VEC commissioner had been advised by counsel to refrain from speaking due to pending litigation over the backlog of cases needing adjudication. Megan Healy, Northam’s secretary of labor, was not present.

In a statement afterward, Healy thanked JLARC for its report and emphasized the improvements the agency has already made.

“The VEC has successfully paid out 10 years worth of claims over the past 20 months — a remarkable achievement for an agency that has long been under-resourced,” she said.

States around the country struggled to keep pace with the surge of unemployment insurance applications during the pandemic, but Virginia stood out in several measures for its poor response.

Republican Gov.-elect Glenn Youngkin, who will take office in mid-January, campaigned on a promise to overhaul the agency. He has not yet announced leadership for key cabinet positions.

The agency was set to take its information technology system offline starting at 5 p.m. Monday to begin the long-delayed process of implementing a new one. The agency has been in the process of modernizing the system for 12 years and is eight years behind schedule, according to the report, which said that contributed to “persistent inefficiencies.”

Customers were encouraged to complete any filing or certifying of claims before the start of the project to avoid a delay in payment. Customers won’t be able to file initial or new claims or get through to the telephone system during the outage.