Trio Arrested In Connection To Walmart Shooting In Elizabethton 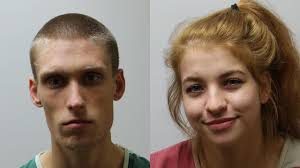 Three individuals have been arrested in connection with a shooting earlier this week at an Elizabethton Walmart parking lot. Police are calling the incident the end result of a drug deal that went bad and led to a robbery and shooting. Brandon Rhea is charged with attempted second degree murder and Michael Arnold and Jonelle Obrien are charged with accessory after the fact. The three had agreed to meet Lucas Paul Bulla, the shooting victim and Edward Wayne Sargent to buy drugs and had planned on robbing the two when the deal went bad and Rhea allegedly shot Bulla in the chest. Bulla was driven to the hospital by Sargent and is being treated for his injuries…his condition is not known at this time.