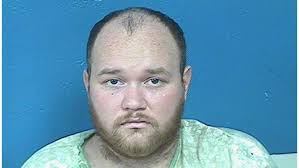 Kingsport Police have arrested a man in connection with an officer involved shooting that occurred last month in the Model City. Andrew C. Witt is facing charges after the TBI says two Kingpsort Police officers shot Witt at his Mullins Street home on April 17. Officers were responding to a domestic assault call. As officers arrived, they found Witt armed with a knife. He then refused to put down the weapon and approached the officers and they responded by opening fire and wounding Witt in the torso and leg. Witt was arrested Wednesday and is being held in the Sullivan County jail on a 25 thousand dollar bond.