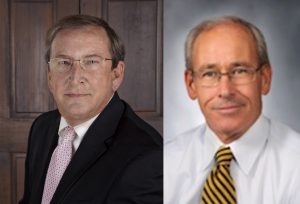 Publications from the Blue-Ribbon Task Force says regionalism is the way to go if the Tri-Cities area hopes to retain a young population and expand in economic growth.

A joint release from Washington County Mayor Joe Grandy and Sullivan County Mayor Richard Venable says over the last year, the task force, made up of over 70 community members split into five action groups, heard from numerous economists and experts, who say the region’s economy is suffering with a graying population and lack of ability to keep college graduates in the area. In response to this news, Mayor Venable says the Sullivan County Commission and City of Kingsport have voted to approve funds for match funding designated for an entrepreneurial development and recruitment program.

“Conversations are continuing on how we expand the regional support and reach for entrepreneurial development, as well as how the First Tennessee Development District might expand beyond its historical scope to encompass the additional work identified by the Task Force Action Groups,” Venable said.

Mayor Grandy says by working together, Washington and Sullivan counties can position the region to compete and succeed well into the future.

“We know the days of chasing smokestacks are almost over,” Grandy said. “And we know our communities are stronger together. But we must forge ahead to develop the businesses already located here as well as recruiting new entrepreneurs to expand in our region. We need to finish the work by putting the tools in place to capitalize on the region’s attractive quality of life and low cost of living.”

A link to review the task force’s findings are available here.