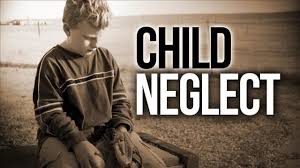 A southwest Virginia woman is jailed on child neglect charges after authorities discovered a child walking around in a parking lot unattended. 36 year old Jamie L. Partusch of Grundy Virginia was arrested after an investigation revealed the child, who is three years old, was wondering through a businesses parking lot. During the investigation the Buchanan County Sheriff’s Office and Grundy police learned the child’s home was in the community where the child was found. Partusch is being held at the Southwest Virginia Regional Jail Authority’s Haysi Facility.