Former Bucs Hodges, Williamson confirm they will not return to ETSU next season 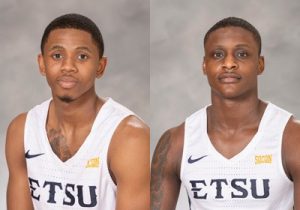 A pair of former ETSU basketball players confirmed Monday they will not return to Johnson City for defense of the Southern Conference title.

Guards Bo Hodges and Daivien Williamson recently announced intentions to enter the NCAA transfer portal. Yesterday via social media, Hodges made his final decision as he will continue his career at Butler University.

Williamson listed his top 5 schools he is looking to attend, which included Wake Forest, the destination former ETSU Head Coach Steve Forbes is currently at.

Hodges made first team all SoCon for this year’s postseason awards, and the two combined for 23 PPG on the way to a school record 30 wins last season.