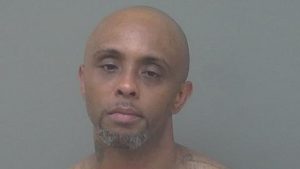 A man in Southwest Virginia is in trouble with the law after assaulting two police officers while he was being apprehended. 37 year old Antwain Hale was found lying in the front lawn of the Flatwoods Job Corp Center when he refused to obey officers commands. Hale, then began kicking one of the deputies. When Hale began to assault another Officer from Coeburn a stun gun was used to bring Hale under control. He is now being held without bond on numerous charges.