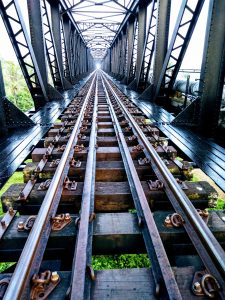 Kentucky State Police and other agencies are on scene of a train derailment that occurred early Thursday morning in Pike County, KY.

According to a statement from CSX, a train traveling south in Draffin derailed around 7:05 a.m, when preliminary information says the train hit a rock slide, derailing two locomotives and an unknown number of rail cars into the Big Sandy River near Pond Creek Road. CSX says the train consisted of 96 loaded ethanol cars and two loaded rock cars. Two crew members were able to get out of the derailed train and make it safely to shore. Additionally, one of the locomotives was on fire as well as an unknown number of cars.

KSP Post 9 Public Affairs Officer William Petry tells Supertalk the two crew members had minor injuries, and a small community had been evacuated but has since been allowed to return to the area. The crash is currently under investigation.