THP: Pursuit of suspect in both Tennessee and Virginia ends on Highway 11W 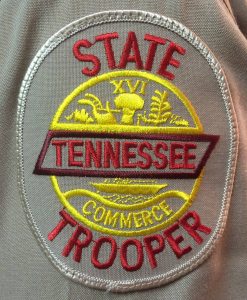 Few details have been released at this point but a criminal investigation is currently underway involving a two-state chase that ended in the Reedy Creek section of Sullivan County.

A report from the Tennessee Highway Patrol says one of their officers was involved in a chase that ended when the suspect drove into Virginia. The THP statement said a police agency in Virginia then pursued the vehicle back into Kingsport.

The chase ended when the suspect wrecked the vehicle on Highway 11W in the vicinity of Ollis Bowers Hill Road.

The incident remains under investigation by the Highway Patrol, the Virginia State Police and the Sullivan County District Attorney’s office, the statement said.