McAuliffe: President Trump doesn’t have the courage to campaign for Youngkin in Virginia 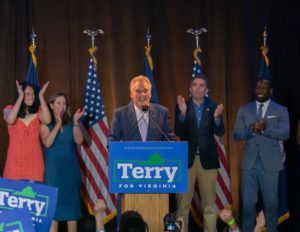 In an appearance on NBC’s “Meet the Press” following his primary victory earlier this week, McAuliffe said Trump doesn’t have the courage to come to the commonwealth after he has defeated him twice in previous campaign cycles.

McAuliffe was referring to the 2016 campaign where Hillary Clinton carried Virginia and then the 2020 election of Joe Biden where McAuliffe served on the president’s staff in Virginia.