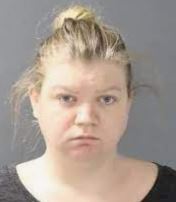 A Virginia judge sentenced a woman on Thursday to two life sentences after she was found guilty earlier this year of sexually abusing and making child pornography of her 2-year-old son.

Kayla Nicole Thomas was sentenced for the sexual abuse of her son, which she said was done at the insistence of her boyfriend, news outlets reported. A jury took just an hour to convict her in June and urged the courts to sentence her to two life terms plus 10 years.

Witnesses explained at her trial how Thomas sexually abused Steven Dale Meek II in January 2019 at the request of McKenzie Kyle Hellman. The toddler died about a week later due to injuries from another incident, according to testimony at other hearings related to the case.

A jury found Hellman guilty of child sex abuse and pornography charges. He was scheduled for a separate jury trial for killing the boy but pleaded guilty to second-degree murder. He’s now serving two life terms plus 90 years.

Thomas admitted on the witness stand that she performed sex acts with her son and recorded the abuse on her phone. She sent five 30-second clips to Hellman, who was in a bedroom on the other side of the mobile home they shared in Christiansburg.

Thomas said she abused her son because she was terrified that her boyfriend would harm her, the boy and the child she was pregnant with at the time. Thomas testified that Hellman became angry with her after a pregnancy checkup. He claimed she had sex with her doctor and told her to abuse Meek to make up for it, Thomas said.