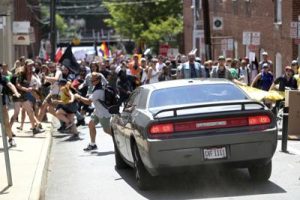 On Wednesday, a jury was selected for a civil trial to determine whether white nationalists who planned the 2017 Unite the Right rally in Charlottesville, Virginia are responsible for the violence that resulted in one death. Hundreds of white nationalists descended on Charlottesville on August 11-12 in 2017, to basically protest the city’s plans to remove the state of Confederate General Robert E. Lee. The federal law suit accuses some of the country’s most well known white nationalists of orchestrating a conspiracy to commit violence against Blacks, Jewish people, and others based on race, ethnicity, religion, and sexual orientation.