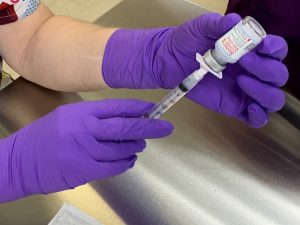 The State of Virginia, now ranks 10th among all states for the percentage of its population fully vaccinated against COVID-19, and for the total number of shots administered. More than 82 percent of individuals 18 years of age or older have received at least one dose and 74 percent of adults are fully vaccinated. Nearly six million people have received vaccinations and nearly 12 million shots have been administered among the eight and a half million people who live in the Commonwealth.